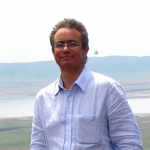 As we move into a period of post-2015 ‘stock-taking’ in advance of the UNGA at the end of September, Participate partners have been critically reflecting on the participatory approaches they have employed in attempts to shift power in policymaking – including the engagement with the post-2015 process. This blog introduces the ‘hydrology of policy’ to help illustrate the complex process of bringing research into policy influencing.

Knowledge generated by people living in poverty and marginalisation flows across different influencing levels, feeds into different spaces, leading to potential changes in discourse (and sometimes practice) and in policy that revert to affect the lived reality of people on the ground. But this is not a one way process: changing discourse can open new spaces, and changes in practice can influence discourse. Local level changes can proliferate ‘horizontally’ to other communities; and likewise ‘vertically’ these changes can influence what happens at the national or global level. This can be understood as the ‘hydrology of policy’ (see illustration below).

The ‘hydrology of policy’ shows how the ideas, needs, proposals for change and experiences from the poorest and most marginalised people can be represented as the water that starts from springs in the local isolated places where they live, flowing into little streams. These streams of ideas, needs, proposals and experiences join to create rivers that feed the big river that represents the global debate on the post-2015 themes. Most of the decisions are taken in places where marginalised voices are hardly heard, because the springs are far away from where the big river joins the sea. From the illustration it is clear that the rivers go through a winding route, with obstacles such as dams along the way that limit and control the flow of the water. This represents the challenges faced while trying to bring the voices of the poor and marginalised to the place where the decisions are taken. Often they only reach after an ‘evaporation’ in which their perspectives on the change they want has almost disappeared and are little considered by the decision-makers.

The results of the global debate are represented as clouds which depict the general discourse and practice of ‘development’ from the perspective of the decision-makers. The clouds move towards land and arrive back at the source of the spring as a ‘rain’ of projects, programmes or simple promises from government and social actors. As in the real world, rain can be light, causing drought, or can be heavy, like a storm, in both cases not responsive to the poorest and marginalised.

Bringing research into policy influencing at multiple levels is a complex process, and engaging across different levels to achieve changes in development that prioritise the poorest and most marginalised people is not without challenges. Demand for change needs to happen at every level of the system – from local to global and global back to local.

This blog is an edited version of Carlos’ contribution to Participate’s latest publication ‘Knowledge from the Margins: An anthology from a global network on participatory practice and policy influence’.

Dr Carlos Cortez is a member of the Participatory Research Group and is based at the Universidad Autónoma Metropolitana, Mexico (UAM-X).

This entry was posted on Wednesday, September 10th, 2014 at 10:36 am and is filed under Participatory Methodologies. You can follow any responses to this entry through the RSS 2.0 feed. You can leave a response, or trackback from your own site.